Amboseli national park the magical land of Kenya is lies in the North West direction of Mount Kilimanjaro on the border of Kenya and Tanzania, this park stretches over the area of 392 square kilometers which is dominated by acacia woodland, rocky thorny bush, swamps marshland and a Pleistocene lake. Amboseli national park is a home to a large concentration of wildlife estimated to be 80 different species including African elephant, African buffalo, impalas, lion, zebra, and wildebeest among other African animals, among the animals the park is more famous for habiting a large population of elephants. Amboseli park is also a home to a number of birds estimated to be 400 species which include African swamp hen, Common redshank, Dickinson’s kestrel, Eurasian thick-knee, Greater flamingo, Hartlaub’s bustard, Lesser flamingo, Long-toed lapwing, Pangani longclaw, Rufous chatterer, Rufous-bellied heron, Spike-heeled lark, Steel-blue whydah, Taveta golden weaver, Von der Decken’s hornbill, Yellow-necked spurfowl and many more.

Amboseli National Park consists of a great scenery is created by the backdrop of mountain Kilimanjaro, the park has consist of many spots where animals and attractions in park can be spotted and they include observation hill where you can spot many animals.

Amboseli park was officially declared a national park stretching over an area of 392 square kilometers in 1974 but that the park has a history dating back to the times before the coming of the British colonial rulers in Kenya. 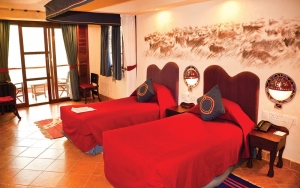 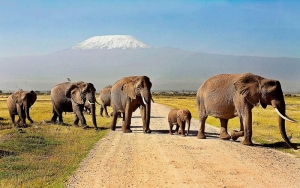 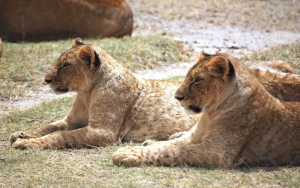 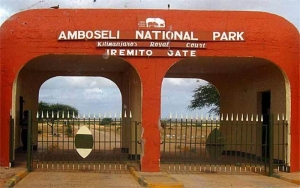 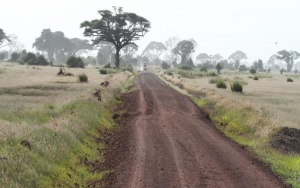 How to get to Amboseli 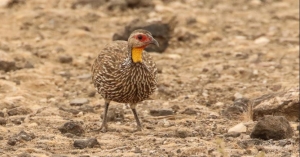 Amboseli national park is a prominent home for wildlife, the park is more recognized for being a home to the largest population of elephants that is why it referred to as the home for elephants and it is the place to see them in Kenya in large numbers. Wildlife in Amboseli national park is concentrated in five specific areas/ habitants that is dried up bed of Lake Amboseli, Sulphur spring wetlands, savannah vegetation cover, open plains and woodlands, wildlife hosted in the park include giraffe, spotted hyena, zebra, buffalo, blue wildebeest, cheetah, elephant, giraffe, hippopotamus, Thomson’s gazelle, impala, lion, cape buffalo and many more.

These numerous wildlife species offer spectacular game drive and the best time to enjoy the game drive and see animals in during dry season, dry season happens in the period of June to October. The most fascinating part of visiting the park in dry season for animal viewing is that when large herds of animals are crossing the sandy plains they kick up a lot of dust thus offering a great opportunity for photography. Animals in the park are perfectly viewed from the observation hill and at sinet delta. 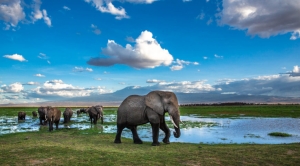 Lake Amboseli is a temporary lake found in northwest region from the delta and occupying the largest portion of the park, Lake Amboseli is usually dry most especially in dry season but in wet season period the lake is filled up and at times floods. Lake Amboseli being dry is attributed more to Nyiri desert that stretches along southern border of Kenya to Tanzania, the lake is basin is a habitant to many animal species like elephants more so in dry season when it is dried up. Lake Amboseli is also used as a camping site by adventurous tourists who love camping while in Amboseli national park. 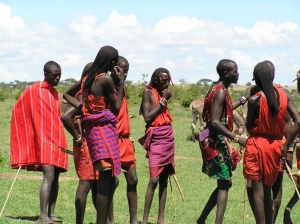 The out skirts of Amboseli national park are dominated by the fascinating Masai people, when in Amboseli national park visiting the Masai village is very much unavoidable as it offers the authentic African culture. In the Masai village you get to encounter Masai cultural traditions which include Masai dances, traditional song, and their unique way of addressing which is similar to the Karamojong of Uganda, local food dishes and also you can buy Masai artifacts. There is also an annual 7 day Masai gala organized in Loitoktok were most the culture, norms and traditional practices of the Masai people are showcased and masai annual Olympics which take place in kimana.