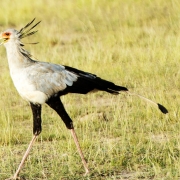 Birds in Amboseli National Park.:  Being among the top ranked and most popular National Parks in Kenya known with its large-herds of Elephants and wildlife, Amboseli is also rich in Bird-life and it’s a good destination for viewing, filming and watching bird-life as it habits over 400 bird species recorded in the land compared to other parks.

It’s a home to a variety of different kinds and types of bird-life as some of these are commonly known in the land and others are just migratory birds that just appear during certain seasons and times which you can call the rare species of birds like the Falcon naumanni. But the largest number of the bird species is found and are common in Kenya specifically in Amboseli National Park. 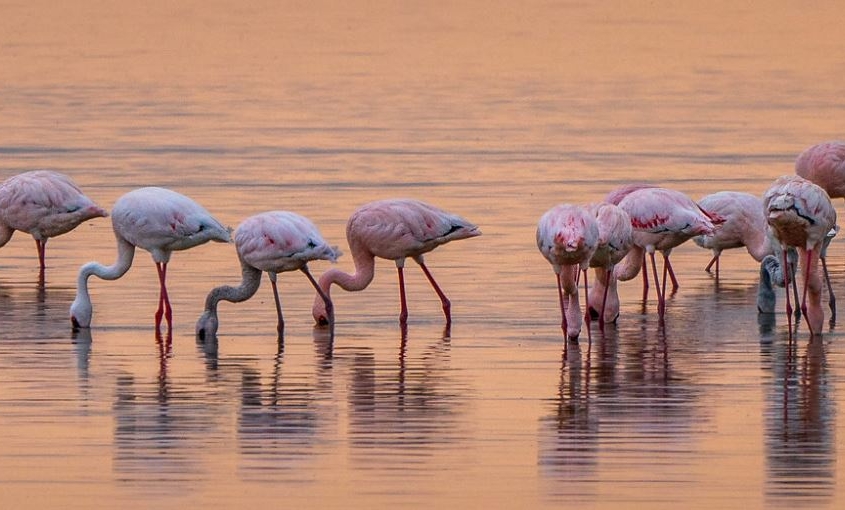 Amboseli is seated on a 39,206 hectares of land which is about 39.2km,151sqmi ecosystem that spreads through Kenya-Tanzania boarder. Besides habiting Elephants and other wildlife species of animals, The Birds are attracted to this site by the low-level swamps, seasonal waters, and the semi-arid kind of vegetation in the region which offers a free and bare ground for the ground birds to feed. The vast land offers both grassland and water catchment areas which these birds are attracted to. For example, the swamps are great for water-associated birds such as Egrets, Herons, Pelicans, and the Grey crowned cranes, the long-legged birds also love the shallow waters as the park is filled with Egrets. And the Grassland areas offer free and wide spaces to the ground birds such as Hartlaub’s bustard, and the localized pangani long claw. Some other birds like the superb starling which is attractive with its mix of bright feathers, the Hoopoe can be seen as you walk around the grounds of the lodges in Amboseli.

Amboseli is identified as an important Bird area with over 400 bird species recorded and 40 birds of prey as they are not so many. These include, the Lanner Falcons which are visible sometimes and the secretary bird.

There’s a list of bird species recorded in Kenya including Kenya’s National Bird known as “Lilac breasted Roller” the secretary bird as well as many other species. One of the most easily spotted birds in the park is the Marabou stork. This is often referred to as the undertaker Bird for its appearance from behind. Amboseli national park also habits a number of other bird species which include the globally known Kingfishers and Falcon, Madagascar pond, Heron, Lesser kestrel and the other common locally known species such as the African jacana, Goliath heron, Grey crowned crane, Hartlaub’s bustard, Rufous chatterer, Chestnut sparrow, Rufous-napped lark, the African fish Eagle, Pied kingfisher, Falcon, Double-banded courser, white browed coucal, Fischer’s sparrow lark, Mosque swallow, the vulnerable Lesser kestrel, Falcon naumanni which uses the park during its migration period, the steel-blue whydah, the spike-heeled lark among many other bird species.

The array of birds attracts Birders, documentaries and researchers from all over the world who come and visit the park because of their interest in these particular species of wildlife.

Amboseli National park is not eligible to offer such activities of game bird shooting/hunting due to the Kenyan law on Tourism and wildlife by Kenya wildlife and management Act, Wildlife conservation Act of Kenya concerning hunting of birds and Animals on National parks and Game reserves. However, this particular activity is legal elsewhere in Kenya to those visitors who might be interested in this particular kind of sport. Though its only offered to visitors and Residents with Game Licenses issued by the Licensing officers and conducted on specific grounds following a set of guidelines, rules and conditions by which they have to abide to.

Not only do all Birders from all over the world come only to carryout Birdwatching, Birding, game viewing in Amboseli national park, but some others come to carry out bird spot and other related activities like Game bird shooting which is the only permissible form of sport hunting. This is done on both designated bird shooting blocks and restricted private land. The persons who wish to engage in activities of hunting game birds are required to have a Game license(GL) issued by the Licensing Officer. The regulatory, Enforcement, and compliance Affairs Department has the overall responsibility and co-ordination of all transactions in wildlife and their products in different areas including Game-bird shooting. Game license authorizes the hunting of game birds in such areas, for certain periods and subject to such conditions as prescribed by the minister responsible for wildlife.

There mainly three categories of Game licenses for this particular sport.

The residents license, the visitors license and a professional hunters license among many other licenses. For the resident to be issued the game license, a person must have passed Kenya wildlife service qualifying test to shoot game birds and can do the sport alone and the person interested applies to the director of Kenya Wildlife Services(KWS) following other related procedures.

None residents hunters are eligible to this activity but have to book through the registered professional hunters(birds). These acquire a temporary permit for possession of firearms(TPP) for their visitors. Game Licenses are issued to the professional hunters upon presentation of TPP from the Chief Licensing Officer of firearms. 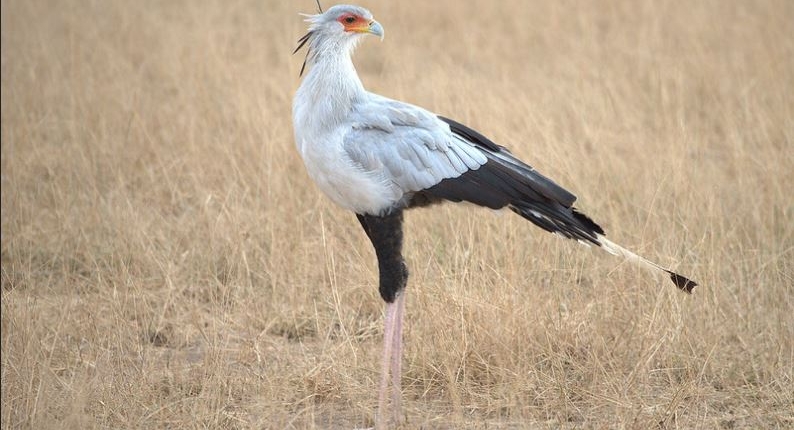 This activity has got stated Gazetted open seasons, Game bird periods and Bird shooting standards and conditions according to a specified shooting ground, stated Limits among many other things required.

When one wants to visit Amboseli national park for those visitors interested in the Bird-life, game viewing or any other activity in particular, the best time for watching/viewing, filming these birds in the Park is recorded in the months of November to May. This is the best time for bird watching and it’s the same period when migratory birds are present. But as well, one needs to take caution of the rainfall that occurs in the region during these periods as they come for this particular kind of activity.