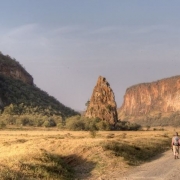 Hells gate national park was established in 1984 as a small national a park. It received the name hells gate by the explorers; Fisher and Thomson in 1883. It was formed from erosion after a narrow break in the cliffs. It is located in Kenya, 90km from Nairobi, lies south of lake Naivasha, 18km west of lake Naivasha, 69km (104.6km) from Nairobi road, north west of Nairobi with the nearest city being Nakuru in the rift valley province. It covers 68.25km (26. 35sq.mi) and it and managed by the Kenya Wildlife Service.

It is a home to three (3) Geothermal power stations at olkania. Within the hells gate is the hells gate gorge and two volcanic plugs, the Fischer’s tower and the central tower.

This was named after the German explorer Gustav Fischer who was sent to find a route from Mombasa to Lake Victoria. The tower is located on the northeastern part of hells gate national park on the walkable distance of Elsa gate. In Masai Its referred to as the girl who went contrary to tradition and turned to stone after looking back on her home while on the way to marry her future husband.

Its considered as a destination for rock climbing and it can be visited at any time of the year and it is approximately 25metres high.

Its referred to as the ‘Embarta’ according to Masai meaning a Horse. It is much larger than the Fischer’s tower located near the southern border of hells gate national park. It’s a destination considered for rock climbing though only skilled climbers are advised to take this rock, walking, biking, riding, watching, horse riding, camping and game viewing and it can be visited at any time of the year.

The park is always open from 6am-6pm on a daily.

It is recorded that there are no accommodation facilities in the park as most people only conduct the day trips except for those that can be found in the nearby cities, towns and localities as according to Anthony harm the author of the lonely planet guide to Kenya.

There are several species of animals in the park and these include; African buffalo, Zebra, eland, hartebeest, baboons, Thomson’s gazelle, klipspringer antelope and the chandler’s mountain. And there are over 100 species of birds recorded and these include; the vultures, augur buzzard, swifts and verreaux’s Eagles. However, the big five animals like the lions, leopards, Elephants are very rare and some are not there totally.

The park can be visited at any time of the year. 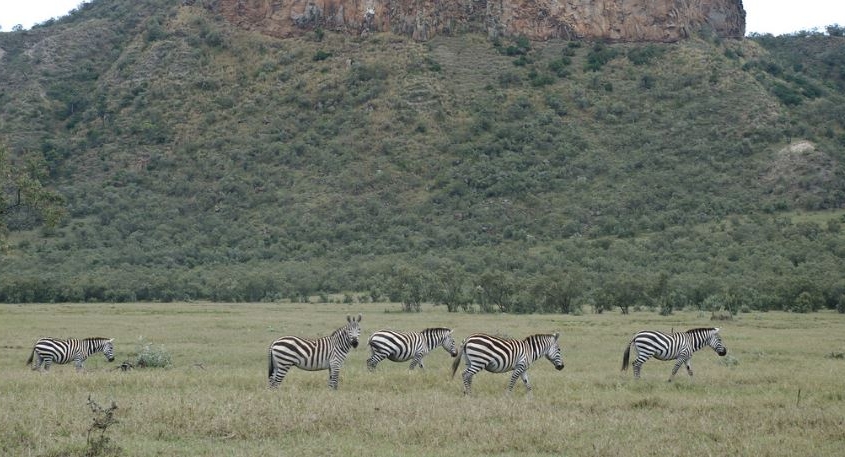 Things to do at hells gate national park.

There are several activities one can engage in while visiting the park for example; Rock climbing, horse riding, walking, hiking, biking, game viewing, camping nearby, picnics and bird watching.

The general admissions to enter the hells gate national park will cost $28.00 per person. The VIP access is available guests a shorter wait in line as this costs $4.00.