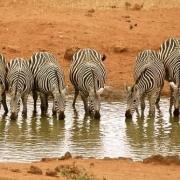 Tsavo west national park: Tsavo East and West were once a single mega park but they got separated decades ago. The landscape was too big and people were prohibited to reach some places of the vast land due to their fear of their lives because of the man less lions that had terrorized the region then. But later on the two parks were separated. Tsavo west remained the homeland for the orma, maasai pastoralists and the waata hunter gatherers and after it was gazetted as a national park, the indigenous populations were relocated to voi and mtito

Andei as well as other locations within the nearby Taita hills.

In April 1948, Tsavo west national park was established in the same year as the Tsavo east national park. It is one of Kenya’s largest parks 9065 sq. km covering a huge variety of landscapes from swamps, natural springs and rocky peaks to extinct volcanic cones, rolling plains and sharp outcrops dusted with greenery. 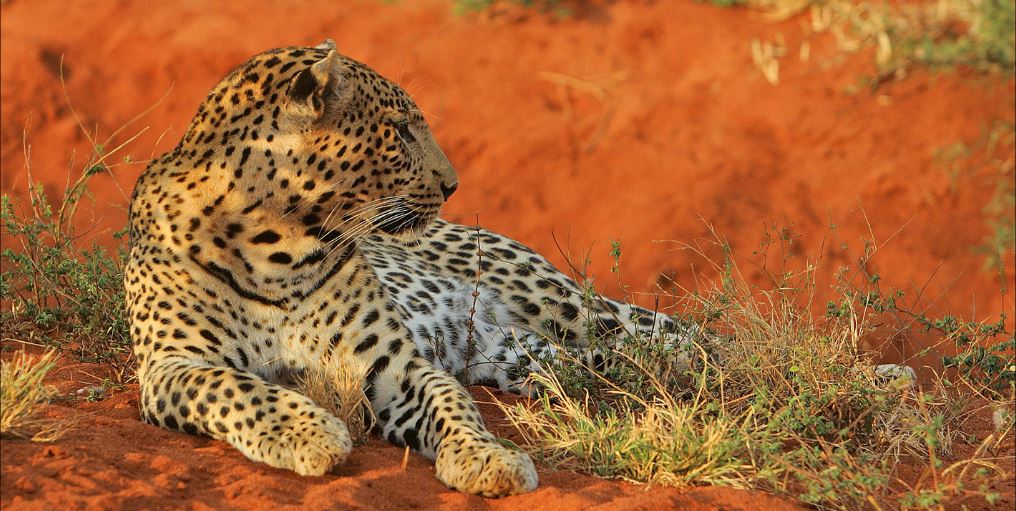 Tsavo national park is found in the north area of the tsavo river 100km, it is known as the developed area with new volcanic hills and a relatively small range of woodland and savannah habitats. It is found on the coastal province of Kenya, a popular destination for its magnificent scenery the Mzima springs, rich and varied wildlife, good road system, rhino reserve, rock climbing potential and guided walks along the tsavo river.it is operated by the Kenya wildlife service.

Tsavo national park is situated west to its sister, tsavo west national park approximately 188km west of Mombasa. It is considered the best site to view and spot Kenya’s animals and birds as it offers a great scenery for birding, game viewing, mountains, hills for climbing, savannah bush and semi-arid desert scrub, acacia woodland, palm, rivers and thickets. However, there isn’t so much recorded about this park by virtue that they share the same landscape with its sister park tsavo east national park and they are just separated by fences to mark their boundaries.

Tsavo west national park has got a variety of tourist attractions to watch and look out for from the Kenyan animals like the red-skinned elephants, African lions, hippos, cheetahs, hartebeest and buffalo to other activities like birdwatching, hill hiking, caving and boating among many.

The park is home to the largest population of red skinned elephants as well as of the big five African animals for example the buffalo, lions, leopards and rhinos. 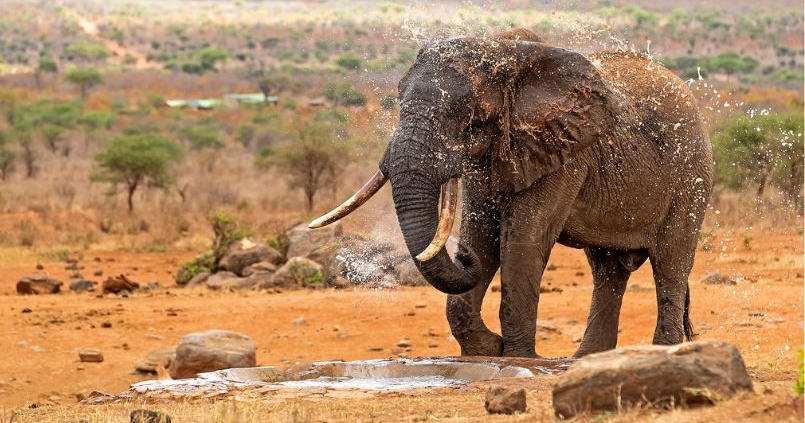 After the construction of the railway, tsavo west had been occupied and inhabited by a number of hunter-gatherers and the maasai cattle herders but the tsetse flies in the woodland infested their livestock with sleeping sickness and caused them to shift from the region despite its good water systems and drier plains, it wasn’t a safe place for the herders to stay and graze their livestock. Tsavo west became a national park in 1948 but the safaris in the park became popular in the 1960s when the first charter flights began arriving in Mombasa and really took off when the Mombasa-Nairobi road was first surfaced in 1969.

There are a lot of things to do and see while at tsavo east national park.

There are over 500 species of birds that are recorded in the park. This experience is best between the months of October and January. There are several species to be watched and viewed and these include the ostriches, kestrels, buzzards, starlings, weavers, kingfishers, hornbills, secretary birds, herons, the yellow bishops, goshawks, buffalo weavers, African skimmers, palm nut vultures with the migratory birds inclusive.

Its recorded as the most beautiful scenery in the land. This is a popular watering pool in the park where you can get to see the hippos bathing, for birds and the rest of wildlife.it does not only provide water to animal and bird species but to the rest of the park with the support of other water sources like lakes like lake jipe and swamps.

The rock climbing activity is particularly organized and arranged through the mountain club of Kenya. This can be carried out at the great tsavo chimney, the ivory tower on elephant rock and as well at the eastern side of kichwa tembo.

Besides the bird life, there are a number of wildlife species on the vast land of tsavo west national park. These can be viewed as they move to and fro in the park, graze and as well bathe underwater in the lake jipe. These include; the big five animals obviously which include the African lions, Elephants, rhinos, Buffalos and the leopards as well as many others including the zebras, the hartebeests, cheetahs name it.

This is characterized by short grass and bushes. The land is bare and encompasses mountains and hills for climbing, savannah bush and semi-arid desert scrub, acacia woodland, palm thickets, rivers featuring lake jipe.

How to get to Tsavo west national park.

There are several ways to get to the park for example,

You can get to Tsavo west national park from Mombasa it is 250km, Mtito Andei gate from Nairobi is 240km, the park can also be reached via other entrances like taveta road through Maktau, Ziwani and jipe. However, visitors from Mombasa can also access the park through tsavo gate near manyani. From Amboseli it is 52km to get to the park head of the chyulu gate, 272km from Nairobi.

The best months for bird watchers to watch the bird species with the migratory birds inclusive are October to January and the best times to watch the animals are in early morning hours and late evenings and animals tend to be sleeping in the afternoon hours because of the hot sun and high temperatures. January, February, June and September are good to visit tsavo west national park.

Visitors tending to visit the park in the months of march and may should watch out for heavy rains that occur in these seasons since it’s a rainy season and the roads tend to be very muddy.

For all your booking facilities and services for a wonderful safari experience at tsavo west national park, you can get to the park and buy your ticket at the gate or inquire at the travel desk in case you are staying in camps or lodges for any safari tours.