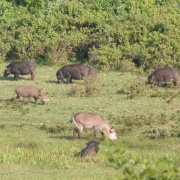 Aberdare national park is found north of Nairobi the capital city of Kenya in Nyandarua country and Nyeri County, this protected area lies east of the East African rift valley with Nyeri as the nearest town. Aberdare national park was established as national park in 1950 covering an area of 766 square kilometers.   Aberdare national park is made up of a great scenic terrain which consists of many features and a series vegetation cover, the park’s plains cover consists of moorlands, bamboo forests and rainforests which are home for many wildlife species. Features in the park include ridges, river valleys Aberdare mountain ranges and waterfalls. Aberdare mountain ranges is composed of many ranges which stand at different altitudes, these ranges create a scenic scenery in the park. Waterfalls in the Aberdare  park are a magnificent feature and many in number, noticeable waterfalls include Chania waterfalls and one waterfall made up of 3 falling steps falling a different height level that is 117 meters for the first step, second step falling at 26 meters and 3rd step falling at 130 meters. 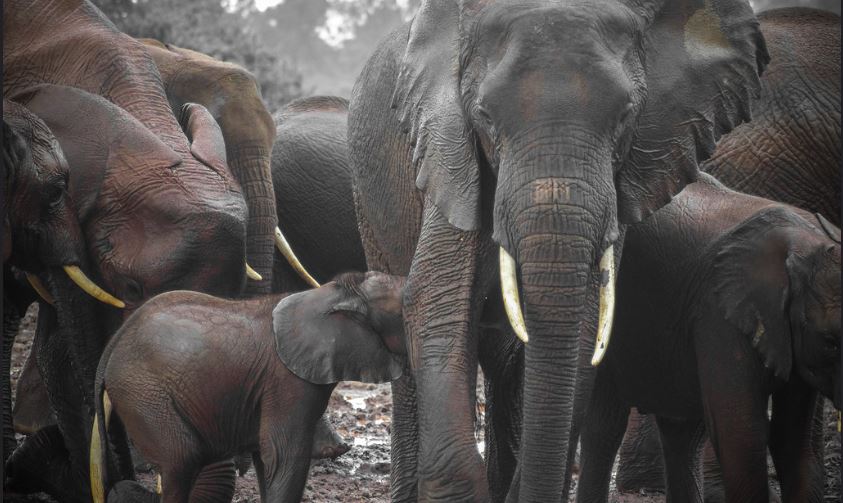 Historically, Aberdare  park is a very significant area to the life hood of the ruler of England Queen Elizabeth. At the time she turned from a princess to a queen, princess Elizabeth was on a safari in Kenya and sleeping at treetops lodge at the time the news about the death of her father reached her.  Aberdare national park is very spiritually significant to the local kikuyu people, to the kikuyu the area is a home to the kikuyu god Ngai.

What to do in Aberdare national park

As destination is never interesting if there is no or less activities to participate in which not the case is when it comes to Aberdare park, the park offers many activities for tourists such as

Chimpanzee tracking in Aberdare national park is a very rewarding activity for primates lovers most especially chimpanzees, Aberdare national park consists of forest patches which are home to several types of primates such as olive baboons, black and white colobus monkeys and chimpanzees. Chimpanzee/primate tracking in Aberdare park involves hiking through the forests in search for these primates and finding them it is a great joy. 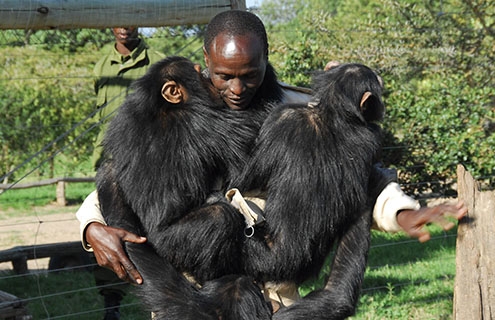 Aberdare national park is a fantastic destination when it comes to game viewing, the park is a home to a diverse number of wildlife and scenic physical features which will make your experience an unforgettable one. Driving through Aberdare national park for game viewing is done either in the morning, afternoon or for a full day but no matter the time of a day you chose it is always a great experience. Many animals viewed grazing in the park such as spotted hyenas, side-striped jackal, eastern black rhinoceros, eland, duiker, East African wild dog, giant forest hog, bushbuck, mountain reedbuck, waterbuck, Cape buffalo, suni and big predators like leopards and huge herds of elephants. When driving in the park make sure you use a 4X4 wheel safari vehicle which is capable of navigating through slippery trails in the park. 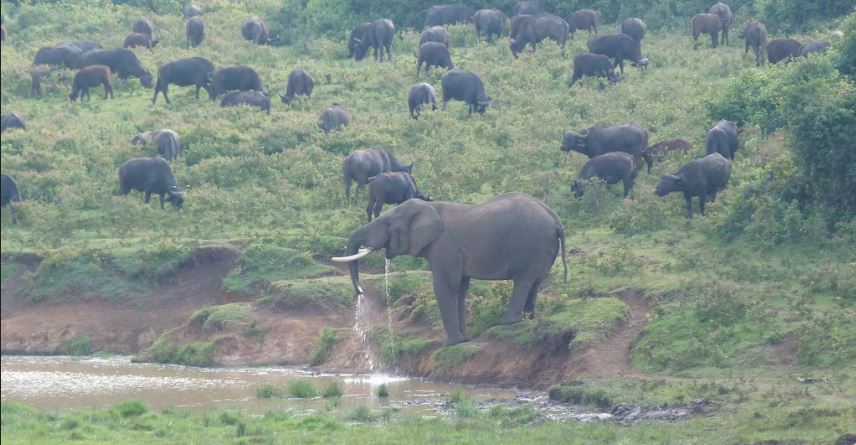 When you are on a safari in any tourist destination you will require where to sleep in any way and it is the same when you visit Aberdare national park for a safari, the park consists of many hotels, lodges and cottage where you can sleep at. These include tafaria castle, giraffe ark game lodge, legacy gardens Nyeri, coconut palm hotel, tree tops lodge, kimakia tea cottages and many.

Aberdare national park is a very accessible tourist destination located at a distance of 150 kilometers from Nairobi the capital city of Kenya, any one going the park for a safari experience can either drive or fly to the park. When driving to the park you can chose to use public bus or rent a private vehicle and drive, when flying to the park you use a chartered domestic air flight from jomo Kenyatta international airport  landing at Mweiga airstrip.